Hockey. A Game That’s In Our Life. The Blue Cross Arena in Rochester, NY packed full of hockey fans waiting for the first puck drop of the season (Photo by Amanda Land).

By now everyone has had time to absorb the announcement of the NHL lockout. To some it feels like déjà vu, to others it’s a completely new feeling. To me it brings back memories of my first season as a hockey fan. Yup, you read that right, my first full season as a hockey fan was during the 2004-05 NHL lockout. A lot of people are surprised when I say I’m not one of those kids who has been watching hockey ever since birth. I had caught a few games on TV with my dad the season before the last lockout, but it wasn’t until the 2004-05 season that I went to my first game. My dad got tickets for a Rochester Americans game through work and we started going to games after my entire family got hooked on the sport. I remember loving the fast pace of the game, and all of the fights. I also remember some of the players who I got to watch play that year. Players like Ryan Miller, Thomas Vanek, Paul Gaustad , Derek Roy, Jason Pominville  and Chris Thorburn all wore the red, white and blue; while Jason Spezza, Antoine Vermette, Chris Neil, Chris Higgins and Tomas Plekanec were in town with their respective teams almost once a month.  I didn’t think much of it at the time, but when the NHL season restarted the following fall, it all sank in.  Now, I was watching all of those players, plus more, play on TV in the NHL. I couldn’t believe it. Guys I got to know the previous year were now on my TV playing in the big leagues.

END_OF_DOCUMENT_TOKEN_TO_BE_REPLACED

The Affects Of The Lockout 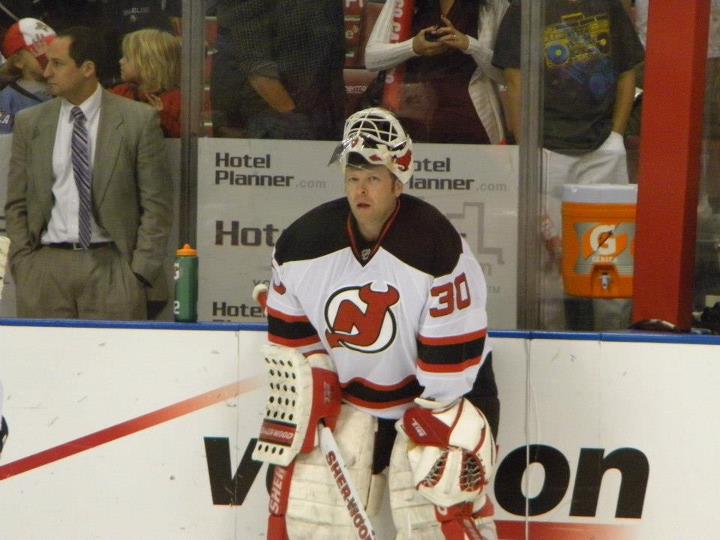 The NHL Lockout, something no hockey fans enjoy seeing, but unfortunately it is going to be the main subject in the NHL until the two sides can come to an agreement. Work stoppages are never a good thing as it affects many people. We already know the affects that the players and owners are going to have to go through, but what about everyone else? When I say everyone else I mean the fans, the people who work their tails off at the stadiums night in and night out to make sure that the fans are safe and enjoying their experience at the arena. For the fans they’re losing the game that they love to watch. Hockey fans are some of the most dedicated fans in the nation and taking away the game that they love to watch and participate in. But how about the people who work at the arenas, the food vendors, the ushers, the clean-up crew, the security guards? These people put in their best effort every night to make sure us fans are making the most out of our hockey experience. The people who work at the arenas are losing a good amount of income for their selves. No events at the arena means there is no need for employees to be there.

For the players, the lockout means no work. While some players such as Pittsburgh’s Evgeni Malkin and Ottawa’s Sergei Gonchar have already decided to go overseas, a lot of the older players are planning on just sticking it out. Some of these older guys who are going to rough it out, Martin Broduer, Jaromir Jagr, and Todd Bertuzzi. These three players are definitely up there in age, with two of them being over 40 years old. The two 40 year olds, Martin Broduer and Jaromir Jagr are both coming off playoff appearances and they are both coming off receiving brand new contracts this past offseason. Martin Broduer decided to sign a two year contract with the New Jersey Devils this past offseason, while Jaromir Jagr left Philadelphia to join the Dallas Stars on a one year deal worth $4.5 million. Todd Bertuzzi, 37, recently signed a two year contract extension with Detroit earlier this year. END_OF_DOCUMENT_TOKEN_TO_BE_REPLACED

A Lockout Hurts Everyone And Helps No One.

The owners together with Gary Bettman representing the league are unified in their stance.  There will be no hockey until an agreement is reached.  This isn’t anything new as we approach the deadline of September 15th which has been set by the NHL.  The players, with almost 300 in attendance the past two days stand along side with Donald Fehr, are willing to play while an agreement is being worked on.   Even with the players willingness to move ahead under the current arrangement, the league will not bend on their stance.  The following phase that came from Bettman yesterday was repeated numerous times last evening:

“No one wants a deal and to play hockey more than I do,” Bettman said when asked what he would tell fans about yet another lockout under his watch. “This is what I do, what my life is about as far as how I spend most of my waking hours. This is really hard. .-.-. I feel terrible about it.”

I’d like to believe that he does, despite the hardball stance he’s taken.  I’d like to think that the players do as well.  This is about money.  An evil part of most arguments, but it’s the one major part of these discussions that are keeping both sides at odds.  I’m not looking to toss the word greed around too lightly, as I see both sides at times.  The league wants to stop the bleeding for teams that are, and the players want to earn what they feel they’re worth.  Taking a 24% cut in pay isn’t going to get them there.  Hockey related revenue (HRR), the new acronym for 2012 can’t be decided on either.