Less than 24-hours into his career as a Florida Panther and Nick Bjugstad is already being given the full NHL treatment. Shortly after landing in South Florida, the former Minnesota Gopher was invited to sit down with Panthers’ play-by-play man, Steve Goldstein.

Set to make his NHL debut this Saturday against the Washington Capitals, this is just the first of many interviews and conversations that Bjugstad will participate in throughout the final month of the 2012-2013 season. Considering how well both Jonathan Huberdeau and Drew Shore have played this season, the bar is set pretty high for the newcomer Bjugstad. However, given his size and enthusiasm, I see no reason why he won’t continue the trend of successful Panthers’ rookies this season.

Check out Nick Bjugstad’s first interview as a member of the Florida Panthers - video courtesy of the team. 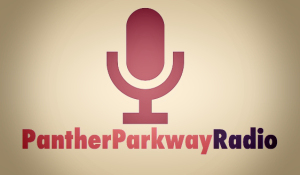 This week we are joined by Tyson Strachan to talk about 100+ Abandoned Dogs of Everglades Florida Rescue… check out his charity work here.  We also talk about the trade deadline, the Panther’s goalie situation, Nick Bjugstad joining the Cats and more!

Click the link above to listen or search for Panther Parkway Radio on iTunes….