Markstrom Called Up: What’s Next For Theodore & Clemmensen?

As previously reported by Panther Parkway, the Florida Panthers are now juggling three goaltenders after recalling top goalie prospect Jacob Markstrom from the AHL on Wednesday.

After a series of cringe-worthy games and giving up an NHL-leading 3.73 goals per game on average, the Panthers finally decided to cave into the fan’s outcry to give the young netminder a chance to help change the team’s fortunes. Although a lot of the team’s recent woe’ can be attributed to their defense just as much as their goaltending, it was clear that something had to be done to shake things up and this was by far the easiest option.

Those worried that Markstrom will be negatively affected by playing in front of a porous defense should remember that Markstrom did play in 7 games for the Panthers last season where he went 2-4-1 with a 2.66 GAA / .923 SV%. While last’s year defense was playing better than the Panthers’ current unit, the fact that Markstrom has already been tested at the NHL level should keep his mental stability intact.

However, now that Markstrom is heading for the big stage, what will become of the current regime of Jose Theodore and Scott Clemmensen? With both Clemmensen and Theodore serving one-way contracts and neither bound for the AHL anytime soon, it is clear that one of these two netminders will have to leave the Panthers’ now crowded crease.

But who should go and why? Here is how I see the Panthers’ options for both Jose Theodore and Scott Clemmensen.

Currently playing on a 1-year $1,500,00 contract and scheduled to be a un-restricted free agent next season, Jose Theodore would be the Panthers’ easiest player to move if Jacob  Markstrom remains in the NHL through the rest of the season.

Although he has had a handful of standout games this year, Jose Theodore is still having a less than stellar statistical season - compiling a 4-6-2 record with a 3.37 GAA / .893 SV%. Even though his defense has left him out to dry on several occasions, Theodore has still fallen victim to allowing quite a few soft goals this season and hasn’t resembled the goaltender that helped carry the Panthers to a Southeast Division title last season.

Considering he is in the last year of his contract, a veteran goaltender like Theodore could intrigue several teams if he were to hit the trading block in the coming weeks. Team’s in need of a backup goaltender such as the Philadelphia Flyers could be willing to part with a draft pick or perhaps more if they believe that a change of scenery could help squeeze out the last bit of greatness that Theodore has at this stage of his career.

If Markstrom does end up excelling at the NHL level this season, I fully expect General Manager Dale Tallon to receive a few phone calls about Jose Theodore’s availability.

Although neither netminder has been stellar thus far, veteran backup Scott Clemmensen has clearly been the weakest link in the Panthers’ goaltending tandem this season.

During the Panthers’ postseason run last season, Clemmensen was not only one of the team’s biggest surprises, but also a huge unsung hero. After Jose Theodore struggled early on in their series against the New Jersey Devils, Clemmensen came in and started three games for the Cats - going 1-2 with a 2.35 GAA / .920 SV%. In fact, it could have been his reliable play during last season’s playoffs that earned him a 2-year $2.4 million contract this past offseason.

However, early on in this 2013 season, it is apparent that maybe the Scott Clemmensen of last year won’t be showing up this season. In five appearances this season Clemmsensen has earned a 4.32 GAA / .837 SV% and has looked abysmal on most nights especially with his rebound control.

If the Panthers decide to name their starting and backup goaltenders purely based on skill and performance then Clemmensen might be on the outside looking in at this year’s on-ice action. 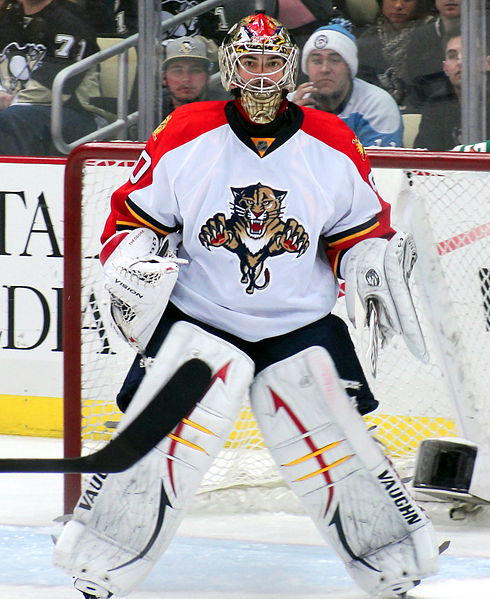 Although much of Jacob Markstrom’s performance this season will be dictated by the play of the defense in front of him, it is clear that at 23 years-old and headed into restricted free agency that maybe this is the right time to give the young Swede his chance.

Considering what I saw of him last season at the NHL level, I fully except Markstrom to be serviceable if not good for the rest of this season if he is given the opportunity to remain with the club for the foreseeable future. In that case, the Panthers will have to decide what to do with the bin of veteran spare goalie parts known as Jose Theodore and Scott Clemmensen.

Only a year removed from a quality season in the NHL and in the last year of a inexpensive contract, Jose Theodore may be the easiest asset for the Panthers to ship out by the April 3rd trade deadline. While he may not bring in much of a return, even something as meager is a 6th or 7th round draft pick could be valuable to a rebuilding Panthers’ franchise.

With Theodore gone that would leave Scott Clemmensen to finish out the final year of his contract as Jacob Markstrom’s backup next season. While Clemmensen’s best years are most definitely behind him, he could still be a serviceable backup in the NHL and a valuable veteran to help ease Markstrom into the ways of the NHL game.

While it is still too early to tell just how everything will play out in this goalie soap opera that the Panthers have created, it is nice to see the team reacting and trying to make changes to spark some interest in a team that is on the brink of heading toward irrelevance early on this season. The speculation above is that of my own and based on what I think would benefit the team the most. Please feel free to share you own thoughts on the goalie situation in Florida in the comments section below. Thanks for reading!