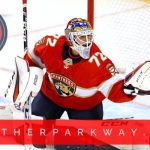 The Florida Panthers just wrapped up an interesting home stand to say the least and they did so with a record of 2-1-2 which is not bad by any means especially when considering the opponents. It’s hard to complain too much about taking 6 out of a possible 10 points. But the manner in which they got those points was off. From peppering shots at Dallas to the 3rd period wake up calls and out of the blue comebacks, the Panthers are really hard to figure out. We don’t really know what they are.

This led to some discussion on Twitter and all over social media about the Panthers and what their identity really is. Are they as good as their record says and do they deserve to win some of these close games that haven’t gone their way? The Parkway team pays attention to that chatter and some eyebrows were raised when “advanced stats” and “expected goals” were thrown around to explain how the Panthers basically deserved to go 5-0 on that home stand. As much as I wish that was the case, it’s simply not accurate, which opened up the flood gates on a discussion about advanced stats in general. Anyone with eyes and hockey sense knows the Panthers have not been on top of their game until the third period in their past 3 games. They’ve slid by with points in those three games but they just have not passed the eye test. The advanced stats say otherwise and they are just flat out wrong. The Panthers simply got outplayed for the first two periods of both losses to Carolina. This is a perfect example of why advanced stats cannot be relied upon to tell the whole story, and treading too far into those waters is dangerous as the Tom Rowe-led Panthers team showed us all.

Advanced stats vs. the eye test

Tom McLean (who most of our readers and listeners are familiar with by now) is the most anti-analytics member of the Parkway staff and I have him to credit for the title of this article. When discussing the need for a change on the struggling power play (more on that later) we came across the argument that the power play is just fine and we just haven’t gotten the “puck luck.” Puck luck is not the reason the goals aren’t coming on the man advantage. Puck luck does not give up three consecutive short handed breakaways in one minute and puck luck definitely isn’t the reason why clean zone entries have been nonexistent. As Tom put it, if you’re waiting for the magic hockey fairies with their wands full of puck luck to sprinkle it onto your power play, you’re going to have a rough season. The personnel and the approach have to change because in a division where you play each team eight times, it doesn’t take long for the whole division to have a game plan on you.

Now I am not saying advanced stats don’t have their place in the game. It’s a useful tool for confirming what you’re seeing with your own two eyes and it can help to identify players who may be on the verge of breaking through a cold spell or what lines are generating chances. It can be helpful in scouting and highlight your teams strengths and weaknesses in a mathematical way. But at the end of the day the scoreboard read 3-2 Carolina while the expected goals read 4-1 Florida. Computers cannot calculate which team wants it more, which team wins the board battles or has a goalie that refuses to give up the game winner. Computers don’t explain why our power play passed out of the zone on a horrid 4-on-3 display, or why some of our players continue to shoot right into the goalies chest. The advanced stats don’t account for the mental errors on either side or the creative plays that elite talents come up with on the fly. I’d love to see the stat for Frank Vatrano putting his head down and charging full speed at a lose puck to create something out of nothing. The simulations and models can’t predict that. Relying completely on advanced stats is the same as not watching a game, and just letting the computer decide who the winner is for you. Advanced stats can be used as an aid but can never replace the understanding you get with your own two eyes. It’s insanity. Florida players and fans alike should not be looking to advanced stats and expected goals. Hockey is a unique game and it’s not linear or predictable by simulations and math. At the end of the day we are not trying to get expected wins, to make the expected playoffs, and win an expected Stanley cup. The goals that matter are on the scoreboard and the Panthers are in the hunt for the top spot in the division because they played real hockey to win tough games. And we’d like to see them get back to those winning ways after a slight drop off in play. The home stand was no cause for panic but some flaws were exposed and they can be fixed. We have ideas for the changes that can be made, and none of the solutions start with sweeping the losses under the rug because the graphs say we should’ve won.

The power play has been vital to the Panthers’ success this season and more recently, it’s been a key part of their struggles in close games. The difference in the two losses to Carolina was undoubtedly special teams. Carolina scored two power play goals in the first match-up and one in the second meeting. The Panthers power play simply couldn’t keep up and they looked particularly bad against the ultra-aggressive Carolina penalty kill. Several turnovers and short handed chances against are cause for concern and at the professional level, every team in the division now has the game film on how to break up the Panther power play. Using two defensemen on the top unit is a strategy that is rarely used in today’s game. The teams that do it successfully, are only able to do so because they have fast defensemen. The Panthers use Keith Yandle and Aaron Ekblad who are certainly not what you would consider fast-footed blue liners. The lack of speed breaking into the zone is very apparent. The Panthers use the drop pass which requires speed and puck handling to get into the zone. Aaron Ekblad is clearly not effective in that role. A simple solution would be to move Keith Yandle to second unit and let Ekblad man the point. He’s the best the Panthers have at getting pucks to the net from the blue and he’s perfectly capable of racking up assists as a passer. If you move Yandle to the second unit, you can replace him with a speedster who can enter the zone effectively such as Vatrano or Anthony Duclair. Yandle on the second unit would push Anton Stralman off the power play entirely where he shouldn’t be getting ice time anyway. With these simple personnel changes, the power play could get back to it’s high scoring production. It’s just something to think about that could turn “expected goals” into real ones without needing an assist from the puck luck fairies.

Thanks for reading this article! You can follow along with Panther Parkway @pantherparkway on Twitter! You can also follow our writers: @FrankRekas, @LO_FLAPanthers, @Mandoman12, @JacobWinans8, @Spencer_hoag, @prudentia0, @Mister_Joester! Make sure to follow and listen to our podcast @LOPanthersPod All images unless otherwise noted are courtesy of @KimSmithImages