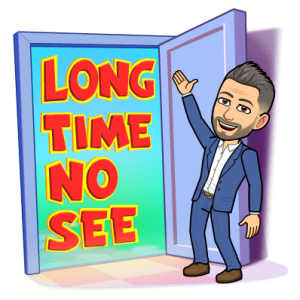 It’s been a really long time since an article appeared on this site.  I won’t apologize for that cause life just gets in the way.  However, recently I’ve been giving some thought as to if and when I might stage a comeback.  Have to admit, after watching Saturday afternoon’s hockey action that took place in Jersey, I figured, today’s the day.

The skinny version of what happened is this.  The Florida Panthers came into New Jersey to face a Devils team that they should have beat without question.  Unbeknownst to the Panthers, the Devils came to play…early,  as they jumped out to a quick 4-1 lead early in the middle frame.  Panther netminder Sergei Bobrovsky didn’t look great, but neither did his teammates.  Players as a rule dislike 12:30 pm starts.  I don’t like them either as my day gets all outta whack too.

The boys of Panther Parkway have a private chat on “What’s App”, and here’s a little taste of what was being discussed throughout the game.  I’ve had to clean up some of the language in a few places as it became quite vulgar.  But that’s expected with passionate hockey fans right?

Let’s start with Joey, who often shows the first sign of panic:  Guys, I don’t think we make it past round one.

Armando:  Gudas has been bad.

Joey:  Gudas is having arguably his worst game as a Panther.

Radko Gudas scores, making it 4-2 in favor of Jersey.

Nick:  Cats will come back and make this interesting.

Jacob who has a ledge in his place that Tom or Nick usually need to pull him away from.  He didn’t let us down today:  This has been embarrassing in every area of the game.  Defence, offense, goaltending.  Just 100% pathetic and unacceptable.

Joey in response to Jacob:  There’s the ledge.

Tom, normally has a cool demeanor, but has his moments:  Forsling is straight crap today.  WTF.  (He used another word, but we have youngins who read this).

Nick, also normally calm, but gets angry diplomatically:  Okay maybe this is over now,  when Jersey made it 6-2.

Jacob:  Embarrassing.  No excuses from anyone.  This has been a joke of a performance from every single player on the roster.  He’s back on the ledge.

Frank in response to the group:  Just so you boys calm down, a certain team lost the last 4 games of the season one year and went on to win the Stanley Cup.  Sometimes you’re gonna have a klunker or two.

Armando, angry but politely expressing himself:  It’s a bad game….not a bad season.

Frank with about 11 minutes in regulation:  Need to get within 1 goal with 5 minutes remaining. Score was 6-4 at this point.

Josh, speaks infrequently but when he does he truly expresses himself:  Holy crap.

Joey to Frank:  Sorry for what I said when I was angry.

Jacob into overtime:  We gotta complete this.  (He’s off the ledge for now.

Frank just after Gustav Forsling scores the winner in OT:  And the job is complete!

In the end, you’re gonna have games like this that will drive you crazy, and test your ability to stay calm.  There wasn’t one time during the early part of today’s game where I said “it’s over”.  I actually felt that as long as they (the Panthers) didn’t completely fold, there was a chance.

Now, having said that, there’s no way that this type of performance should be duplicated in the post season, and I believe that the Panthers know this.  For a change, there are way too many players with post season experience on this roster to let that happen.  The team is too talented, and the grit and determination is too obvious.  They seem to turn it on and off at will.

A game like this, and a comeback like this, on the road, this late in the season says a lot about a hockey team.  With another matinee tomorrow, when it was 4-1 early in the second period, the Panthers easily could have collectively said, let’s at least keep it respectable and not get blown out.

Not this team.  Not these players.  Not this year.

I’m glad to be back.  Not sure how often I’ll be here, but I’m going to see what I and the rest of our gang can do on here for the remainder of the season.